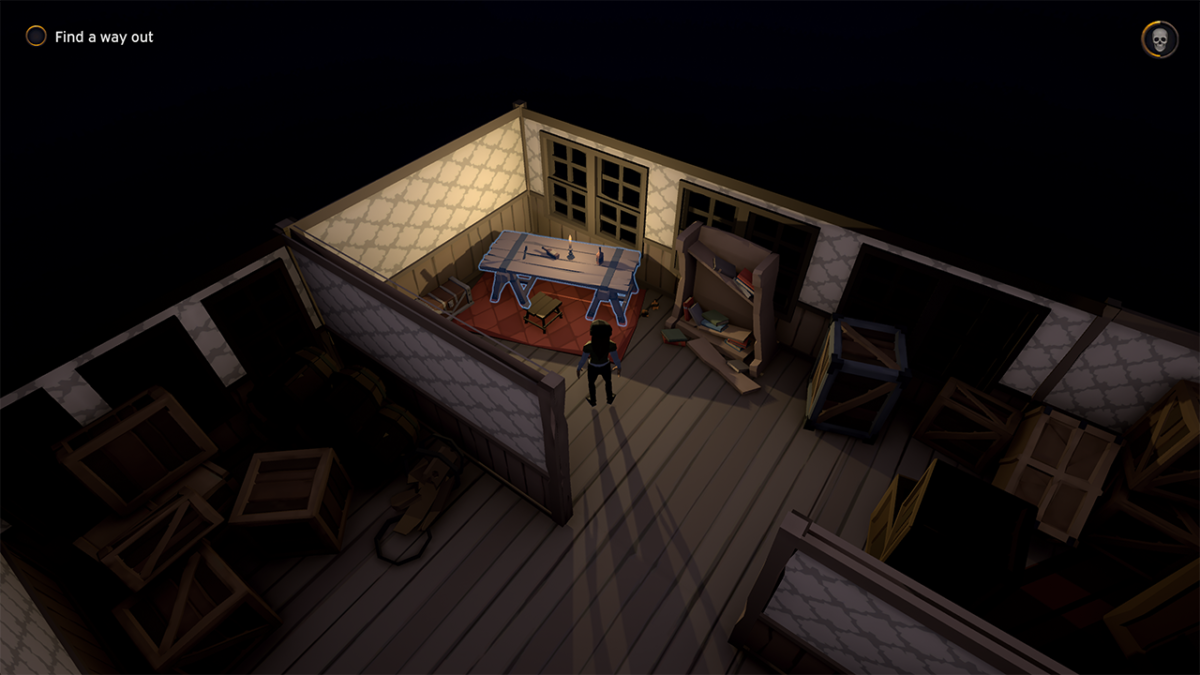 I have been hard at work the last couple of weeks, mostly because spring still has not arrived here in Prague. That gave me plenty of time to work on Pandora and today I would like to show you what I’ve been up to.

I have been thinking a lot about how to proceed with the project now that most of the game systems and mechanics are implemented. Even though there are some features still missing and obviously there is little actual game content to play I feel like now is the perfect time to start gathering some early feedback. This is important because at this point I can still change things or even fundamentally rework them without throwing away dozens of hours of development time.

So all my free time went into making one fully playable map (or, as I call them in the game “chapter”). It is slightly smaller than I want a regular chapter to be, but since its the first one and it serves partially as a tutorial to some mechanics I think thats fine. It has basically all the features that I want in a chapter – some story progress, puzzles, traps and enemies. Also some optional goals & challenges and a surprise or two.

Furthermore I have added a “prologue” chapter – its a very small map that introduces the story and serves as a tutorial for controls. Even though there is very little gameplay this map took me almost a week to make. The reason is probably that there is a lot of special stuff that one needs to code and create – the tutorials alone took a lot of time to get right.

As a sneak peek, here are a few screenshots from the game:

Now I need to get this out to a few testers to get some feedback. If you are interested, let me know at petr dot kovac09 on gmail com.

My next few weeks will be spent doing the folloing:

All this will require quite a bit of work, especially graphic content like banners, splash images and other “marketing” material. I will probably need to find someone to help with that though – unless I want it to look terrible of course 🙂

After this is done, I will work on incorporating all the feedback I get to hopefully greatly improve the game. And then start to work on some more content. My next post will come in May, so stay tuned!

This site uses Akismet to reduce spam. Learn how your comment data is processed.